In the late 70’s and early 80’s, Dr. Ruelas, Landis, and Argast began to work and study together. They formed a clinical study group, traveled, and studied together learning cognitive therapy from such masters as Albert Ellis, the Mental Research Institute in Palo Alto, the NLP founders – Grinder and Bandler, and ultimately Gregory Bateson and Milton H. Erickson. They went on to meet with Dr. Erickson until his death in 1980.

The Ericksonian Integrative Medical Institute was initially conceived as The Orange County Society for Ericksonian Psychotherapy and Hypnosis (OCSEPH) in 1986 by Dr. Gary Ruelas, Dr. Richard Landis, and Dr. Terry Argast. OCSEPH was developed to serve as educational catalyst to promote the philosophies, psychotherapeutic, and hypnotic approaches of Milton H. Erickson, M.D..

Dr. Ruelas, Dr. Landis, and Dr. Argast designed OCSEPH as a society from which professionals could expand their knowledge in the local, national, and international areas using systemic and individual psychotherapy with using the fundamental philosophies of Milton H. Erickson. Under the direction of Drs. Ruelas, Landis, and Argast, OCSEPH assembled noted national and international presenters, such as Kay Thompson, Gianfranco Cecchin, Heinz Von Foerster, Humberto Maturana Andre Weitzenhoffer, David Cheek, and Jeffrey Zeig, to mention a few. They also provided local training on Ericksonian Psychotherapy and Hypnosis. By this time, the interest in OCSEPH’s programs extended well beyond the boundaries of Orange County. Therefore, on January 1, 1993, The Southern California Society of Ericksonian Psychotherapy and Hypnosis (SCSEPH) was created, reflecting an enlarged area of influence, membership, and expanded services.

Drs. Landis and Argast later took the helm of SCSEPH and Dr. Ruelas went on to complete studies in medicine, a residency in Family Medicine and fellowships in Integrative and Functional Medicine.

It was at this time that the first and only Ericksonian Integrative Medical Institute (EIMI) was established, founded on the premise that an integration of medical and psychological treatment can draw from the philosophy of Dr. Milton H. Erickson’s approach to health care.

The core of the EIMI principles rests upon Dr. Erickson’s basic understanding that each individual has all of the basic internal processes needed for him or her to thrive. What interferes with a person’s actual thriving is usually a physical, emotional, social, and/or spiritual imbalance.

This can have conscious or unconscious elements, which can be caused by physical or emotional toxins that disrupt the natural balance. The focus of EIMI is to potentiate the healing capacity inherent in all of us by restoring that natural dynamic.

Our Portal for
The Milton Erickson Foundation

The Induction of Hypnosis: An Ericksonian Elicitation Approach 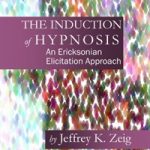 Milton Erickson’s close association with hypnosis is well known. In fact, it was merely one tool in his therapeutic arsenal, albeit a powerful one.

The Milton H. Erickson Foundation’s mission is to promote and advance the contributions made to the health sciences by the late Milton H. Erickson, MD. The Foundation is dedicated to training health and mental health professionals through conferences, workshops, and programs. The Foundation also offers downloadable recordings, CDs and DVDs on the online store. These products are available to professionals in health-related fields, including physicians, doctoral-level psychologists, podiatrists and dentists who are qualified for membership in, or are members of, their respective professional organizations (e.g., AMA, APA, ADA), and to professionals with graduate degrees from accredited institutions in areas related to mental health (e.g., MA, MS, MSN, MSW).

LEARN ABOUT THE FOUNDATION

The Hayward house, now the Erickson Museum, is a snapshot of Mid-Century life in the Southwest–relaxed, functional, and charming. There is a main house as well as a guest house, or what came to be known as “the little house,” and both sit on a roomy double lot surrounded by the serene landscape of original, indigenous trees, cactus, and shrubbery. Dr. Erickson’s office in the guest house is “frozen in time,” but warmed with his essence; his green leather chair may be empty but is still filled with his spirit.

Request a Tour
Login to Integrative Medical Institute of Orange County
Reset Password
Enter the username or e-mail you used in your profile. A password reset link will be sent to you by email.